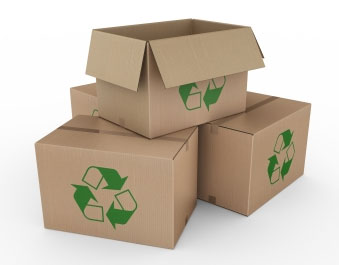 Why is Cardboard Recycling so Important

Whenever you purchase any electronics, cooking appliances or toys, the chances are that these items will come in packages made of cardboard. Along with plastic, cardboard is one of the materials that businesses the world over use for packaging their products. However, unlike plastic, cardboard is generally biodegradable. As such, you might think that recycling cardboard is considerably easier in Adelaide and other cities. But, it is worth mentioning here that not all types of cardboard are recyclable. For instance, cardboards that feature a wax coating or certain chemically-treated cardboards can be hard to recycle.

Established in 1992, Planet Ark Environmental Foundation is an Australian non-profit organisation. As a leading environmental behaviour change organisation in Australia, it plays a stellar role in helping people live in balance with nature. It promotes the sustainable use of resources, while promoting low-carbon lifestyles. Some facts that appear on their website state that:

Why Is Cardboard Recycling So Important in Adelaide and Other Cities?

As mentioned earlier, cardboard is a material that people use for a diverse range of reasons. As such, each residential and commercial facility throughout the country will possess large amounts of cardboard. Given its widespread use in packaging products, cardboard waste is a major component of all garbage collection in Adelaide and elsewhere. In many cases, cardboard packages can be bulky and large in size. So, it’s easy to see that cardboard waste will consume large amounts of space.
If dumped at the landfill, this consumption of space could be quite excessive. As a result, it could fill up the landfill very rapidly. In addition, as cardboard decomposes, it releases large amounts of methane. According to Planet Ark, methane has a global warming capacity that is 21 times more powerful than carbon dioxide. This is why it’s important to recycle cardboard waste as much as possible.

How Do Recycling Services in Adelaide and Other Cities Recycle Cardboard?

Cardboard is among the easiest and most environmentally effective materials for recycling. This is especially so because most varieties of cardboard typically comprise processed fibres. Therefore, when you recycle cardboard waste, you end up saving ample amounts of water and energy. In addition, you minimise the felling of trees for deriving virgin material as well. Estimates from Planet Ark suggest that manufacturing from recycled material yields up to 90 percent less by-products such as chemical wastes.
Waste removal companies throughout Adelaide and elsewhere typically collect waste from various residential and commercial establishments. Thereafter, they segregate this waste into various categories. Then, they deposit all waste with recyclable value (such as cardboard) at a government-approved recycling depot. The workers at these depots usually remove all plastic and Styrofoam from the cardboard. The Cardboard is then baled and shipped to the recycling plant.
At the start of the recycling process at the recycling plant, the workers soak the cardboard in water. After this, they stir or agitate the water to turn the cardboard into pulp. They mix this pulp with wood pulp for maintaining the appropriate cellulose content in the recycled cardboard. On completing this activity, they run the assimilation of wood and cardboard pulp through a machine for corrugating the mixture. Thereafter, they bond the corrugated cardboard between two liner boards. This bonding yields mats, which the workers then cut to various standard sizes. The recycling plant then sells this mat to vendors, who use it for preparing boxes and more cardboard packaging.
Recycling cardboard found in various rubbish collections throughout Adelaide and other cities is immensely beneficial. Recycling cardboards helps in saving trees. It facilitates the prevention of global warming as well. It helps in the saving of various virgin materials such as energy, oil and other natural resources too. Above all though, it helps in saving space in landfills.

Since 1989, Signal Waste & Recycling has been a leading provider of waste removal and recycling services in Adelaide. We provide services to a diverse range of residential and commercial clients throughout the Adelaide metropolitan area. A South Australian owned and operated company, we offer an assortment of services such as rubbish removal, recycling, the disposal of confidential documents etc. In an attempt to keep improving the quality of our services, we collaborate with various regulatory agencies such as the EPA and Zero Waste. Our focus on adopting innovative means for providing comprehensive levels of service has helped us cement our reputation as one of the most environment-friendly waste removal services in the country. To get the best rates, call us at 08 8162 5544.