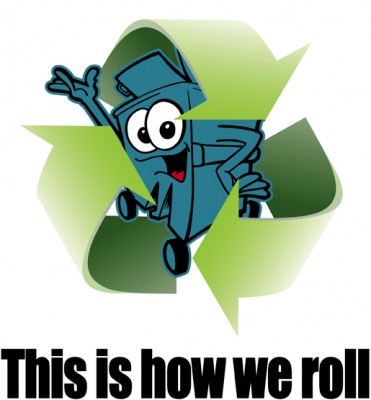 Aid in Conserving the Environment by Using the Best Recycling Services

In the past, recycling used to be a fad for many people in Adelaide and other cities throughout Australia. This is not the case any longer. The rapidly dwindling natural resources, in conjunction with the increasing costs for raw materials and landfills, has forced people into reviewing their profligate ways. Many households across the country ensure that they recycle as much of their waste as possible. Similarly, commercial establishments also keep striving to minimise their waste as much as possible. In addition, many businesses are now exploring ways to reuse their waste as well. It is at once apparent that recycling is a small step towards conserving the environment.

Waste and Recycling – How Australia Fares in Numbers

According to the Department of the Environment of the Australian Government, Australians generated an average 2.2 tonnes per capita of waste in 2010-11. This typically amounts to about 48 million tonnes of waste excluding fly ash. If you were to include the quantity of fly ash, then Australia generated approximately 62 million tonnes of waste. Of this, the authorities were able to recycle or recover about 60 percent for embodied energy, Estimates suggest that Australia’s population increased by 22 percent from 1997 – 2012. But, the generation of waste increased by as much as 145 percent. Clearly, the more people there are, the more waste that will end up in garbage collections across Adelaide and other cities in the country,

-      The recycling rate for paper packaging, glass containers, steel cans and aluminium packaging was 63.3 percent in 2014-15

-      When it comes to plastic recycling in Adelaide and other cities across Australia, the authorities recycled about 268,500 tonnes of plastic packaging in 2014-15

-      It is worth highlighting that this increase of 37,200 tonnes of recycled plastic in 2014-15 was the highest in any year over the previous decade

What Items Do Waste Disposal Companies in Adelaide and Other Cities Usually Consider for Recycling?

Residential households and commercial establishments will typically generate various kinds of waste matter. Both kinds of entities will use various goods and products. As such, they will hardly be able to stop generating waste. However, they can minimise the waste they generate. One of the simplest ways to accomplish this is to reuse or recycle as much waste as possible. Some of the most common waste items that have recyclable value include:

-      Steel Cans: These usually contain canned vegetables, juices and other food items. Rinse the cans after use and save them for recycling.

-      Aluminium Cans: Typically used for storing soda and other beverages, avoid dumping these in the waste bins that dot Adelaide and other cities. Instead, crush them and collect them in boxes for recycling.

-      Paper Waste: From newspapers to used copy paper, save all your paper waste for the recycling centre. The plant will recycle these and create new paper products. Recycling paper can save thousands of trees from being felled.

-      Cardboard Boxes: Break your waste cardboard boxes down. Thereafter, deliver them to the nearest cardboard recycling facility in Adelaide or elsewhere.

-      Food and Green Waste: Create a compost pile or bin in your backyard with all your food scraps and green waste. You could use the compost you create as an organic fertiliser for your lawn.

How Does the Environment Benefit When You Deposit Your Recyclable Waste with Various Recycling Services in Adelaide and Other Cities?

Not all rubbish removal companies make honest attempts to recycle as much waste as possible. Some of them simply deposit all the waste they collect at the nearest landfill. Oftentimes, this becomes counterproductive. This is especially the case with recyclable waste. Not only does this waste lose whatever value it had for reuse. Even worse, it merely consumes space in the landfill. If you continue to dispose of all waste at the landfill, the landfill would run out of space very quickly.

In contrast, when you recycle waste, you:

-      Ensure that your landfills can last for longer

-      Reduce the waste that requires incineration and,

-      Reduce the need for extracting, refining and processing raw materials, which could pollute the air and water resources

Since 1989, Signal Waste & Recycling has been the leading provider of waste removal and recycling services in Adelaide. A South Australian owned and operated business, we cater to clients throughout the Adelaide metropolitan area. With a modern fleet of vehicles, we offer an array of waste related services to all kinds of clients. Apart from collecting and recycling waste, we offer confidential document disposal and liquid waste disposal services as well. This is why we’re the one-stop shop for all waste and recycling requirements that our clients might have. To get the best waste and recycling rates in Adelaide, call us at 08 8162 5544 today.